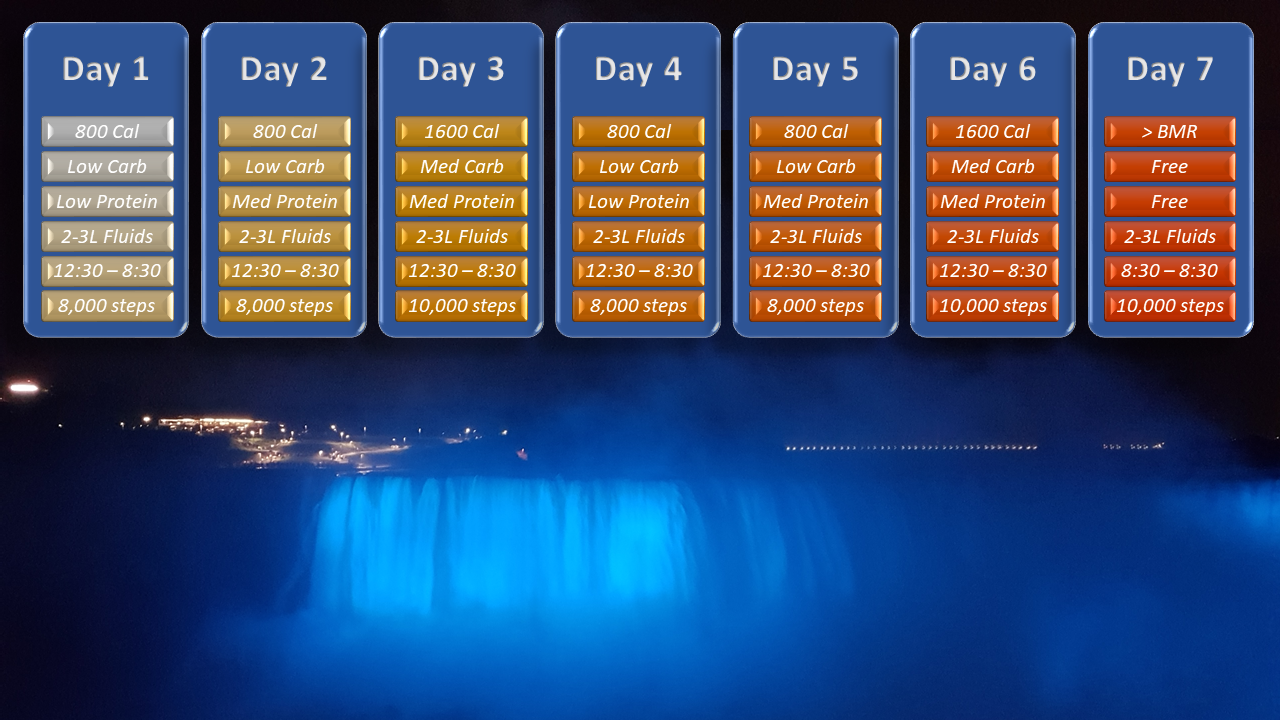 I ran across an article the other day that was indicating that diets high in protein are not necessarily the best ones for losing weight. This apparently is not new as the studies that this is based on have been available since 2014. More specifically, that you might be able to reprogram your metabolism using a low-protein diet.

Here are some of the key findings from studies published in January and May of this year (2021).

Essentially what all this means is that if you are male and eat less animal protein (the major source of dietary isoleucine), your metabolic rate will go up and you have a decent chance of living longer.

This is a study however and hasn’t, from what I can tell, progressed to the stage of testing in human trials.

So I’m essentially extrapolating here in anticipation of what I believe will be the net result of these new findings over the coming years.

Part of the problem with losing weight is that it generally forces your metabolism to reset itself to a lower level. This is part of the reason why people who diet for long periods of time have difficulty retaining the weight loss. Essentially your body believes it doesn’t require the same amount of fuel it did previously.

Lets say for example a typical diet, factoring for all sources of calories, is around 2200-2400 calories in order to maintain a proper body weight/body fat proportion. Dieting for extended period mights reduce that to 2000-2200 calories over time. Part of that is due to reduction in body weight. But another part is due to how your body processes calories.

Once you come off the dieting phase, your body has reset so that if you started to eat 2000 cal/dy, you would gain weight because the body isn’t processing calories the same way anymore. Your metabolic set point might be more consistent with 1800-2000 calories per day even though it should, in theory, be burning more based on body composition.

What I’ve found on the OptiFast program is exactly this. I went back to eating approximately what I felt was appropriate based on my new body composition (2200-2400 cal/dy).

Keep in mind I had already lost close to 50 pounds in the couple of years leading up to this point from a high of 370 pounds before all this yoyo-ing with OptiFast happened. As soon as I starting eating what I thought was the correct number of calories for my body weight, the weight started coming back on. First in small amounts, and then later in bigger steps.

The problem is maintaining metabolism while reducing calories.

This is where carb cycling has come into play. Carb cycling tricks your body into using those pathways necessary to maintain a higher metabolic rate on a regular enough basis that your overall metabolic rate doesn’t crash as it does in long term calorie restriction.

While there are a lot of tricks with spices and food additives you can use to provide a temporary boost to your metabolism, none of them are permanent.

Now, it seems we have uncovered a mechanism in order to re-open metabolic pathways that were previously closed down through diet. In essence, this is a more permanent solution to the metabolic / dieting problem. By restricting foods rich in isoleucine, that will force those metabolic pathways to re-engage. Once open, it takes time for them to close down again.

There are a pile of unknowns here:

Having said all of that, my next evolution of the program I’m developing is to select two days to start off with which I’m going to consider to be low isoleucine days. Myfooddata provides a nice summary of high-isoleucine foods that are essentially going to go on my ‘avoid’ list for those days. Eatthismuch also has a listing of foods and their isoleucine content, albeit for some reason it says an Arby’s beef sandwich has none which is either wrong, or another reason not to eat at Arby’s 😛 . (Arby’s hmmmm damn I wish I had sponsors to pay for this).

Having said that, since isoleucine is one of the 9 essential amino acids you can only get by eating other things, its unrealistic to remove this from your diet completely.

Following the 1/3 ‘rule’ suggested by the studies linked above, the top 6 foods in the two charts below are the key ones to avoid or limit in terms of overall diet. I include Valine here because, while not as influential in regulating metabolism, it is related according to the studies. 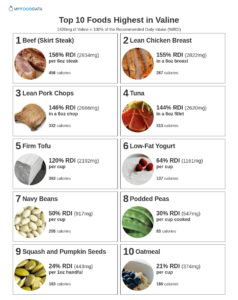 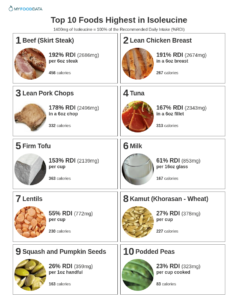 I’m going to try this for two days per cycle and see if there is an improvement in weight loss over the next month. The carb cycling seems to be working. If this helps then certainly it will become part of my standard rotation on a more permanent basis.