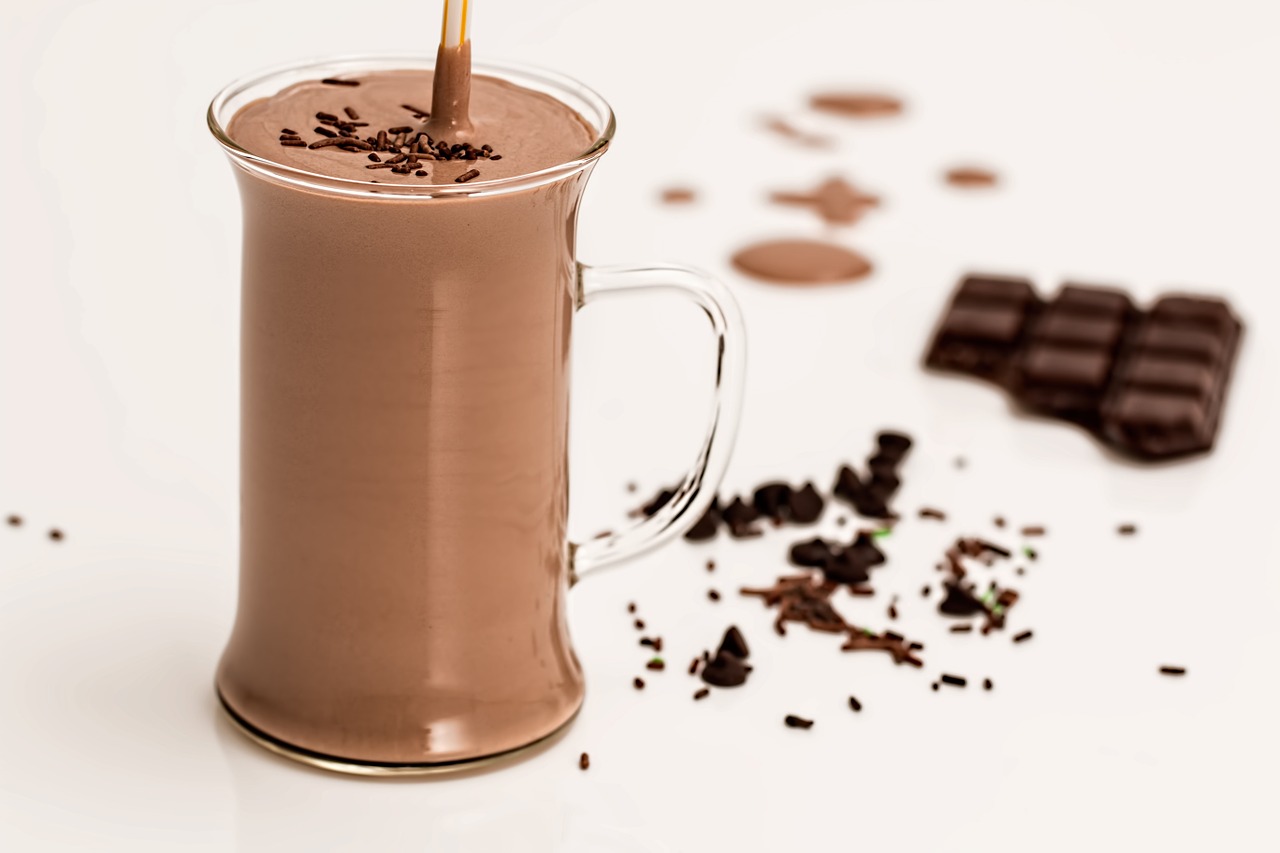 For this recipe, I would assume any blender will work thou. This isn’t something you can do with one of those shaker bottles with the little agitator balls so just a heads up there.

Put in the banana, milk, then the dry stuffs, then the ice in that order if you are using the NutriBullet. Mix for 30 seconds or so. Add straw (metal reusable one of course). If you are using a blender then ideally put in the ice first so you don’t end up with all the powered ingredients sitting as a lump at the bottom.

This makes about 24 oz in total and will vary in calories between 250 and 350 depending on the amount of banana you use.

I have one of those NutriBullet things that is being held together with duct tape and bailing wire. I find it is very helpful for things like this.

I have an older one obviously and was considering replacing it. Instead I replaced the base (blades) section where they have dramatically improved the design to avoid leaks. So if you have an older version like I did, I would recommend replacing that part if, like me, your NutriBullet left you cleaning up messes because it wouldn’t seal properly after a few uses.

I found that the baking chocolate I had gotten at Costco (Rodelle) was awesome but they don’t sell it anymore. Fry’s chocolate isn’t as good by comparison. I’m not sure about other brands like Hersey’s or such, and I haven’t tried carob yet. Ghirardelli’s is the most expensive and I might give that a go a bit later just to see. Bottom line however is you want the pure chocolate powder with no added sugar. It shouldn’t be more than 20 calories per tablespoon (6g) to be considered pure.

Slim Fast sometimes includes a big scoop in the containers rather than the little one. Essentially, you are doing 1/2 the recommended amount because you are adding in a banana to provide an extra smoothness to the texture of the smoothie. Unless you like drinking mud and are okay with the extra calories in which case – knock yourself out.

By using vanilla as the base, you can easily swap banana, coffee, and chocolate for other flavour combinations.

For example, if its late in the day I’ll skip out on the coffee altogether.

If you aren’t going to use banana as part of the base mixture then, so long as I’m not adding other calorie rich foods, I’ll add in 2 scoops of Slim Fast mix (i.e 1 recommended serving) as per the directions to compensate for the fibre/filler that gives it a smoothie texture.

1) In this case I’m using Slim Fast. Certainly there are other types of these types of powdered mixes on the market including OptiFast. While OptiFast is only restricted based on a marketing gimmik (there are no controlled active ingredients that necessitate it being a prescribed product), it is best to discuss with your program doctor if you plan on making changes to how you are taking it as part of a maintenance program. Don’t go off the prescribed directions if you are on the main OptiFast program. Just don’t. It will screw with your results and the Doctor will get mad at you.

2) I found, as have other people, that using Slim Fast more than once per day causes some anxiety issues. So while Slim Fast recommends replacing 2 meals per day, I’ve found that replacing one meal and using 1/2 the recommended amount works without any of the side effects.

3) The only modification I would make if I were using OptiFast as part of a maintenance program is to use half the package rather than a full package. Unlike Slim Fast, my experience with OptiFast is that you can take it multiple times a day without any side effects.